In an effort to save approximately $400,000 annually, Littleton Regional Healthcare replaces at least 240,000 gallons of heating oil with heat from the biomass boiler system installed on campus. LRH is using bole chips as their fuel, sourced from a local logging company.

“Biomass heating systems using wood chips provide energy at a quarter of the cost of oil, half the cost of natural gas and half the cost of wood pellets. We expect this project to pay for itself in about five years,” stated LRH’s CEO, Warren West.

The Messersmith Automated Wood Chip Heating System was part of a project of $2.8 million in major hospital infrastructure improvements to install the biomass boilers and associated piping connections.

LRH administration did not overlook any details in the planning and implementation of conversion to a biomass system. The system warms the hospi-tal’s air and provides hot water. Two biomass boilers replaced three existing oil burners, leaving two burners as a back-up to the biomass system (only using 12,000 gals. of fuel oil now).

The project includes a large chip storage bin that can hold two semi-trailer loads of chips (about 90 tons) which would be enough for about one week during the peak heating season. Approximately one half to one load per week is needed during the remainder of the year.
It is also important to note that 98 percent of all particles will be removed before exhaust exits the stack, thereby maintaining local air quality. The use of high tech emission control (electrostatic precipitator) was part of LRH’s overall plan to have the biomass plant reflect their concern for the environment. 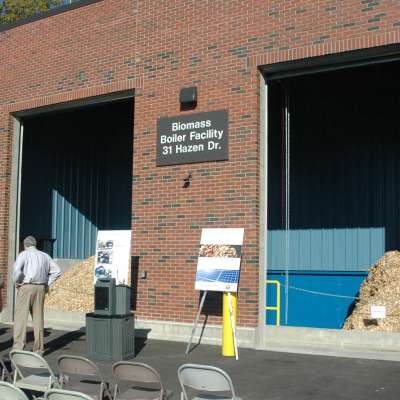 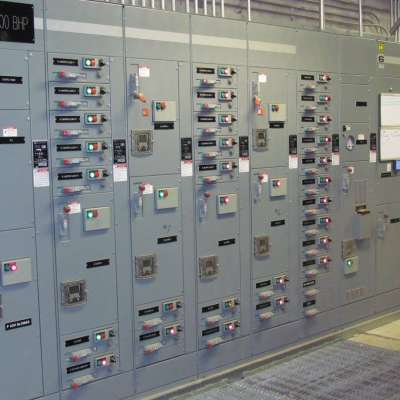 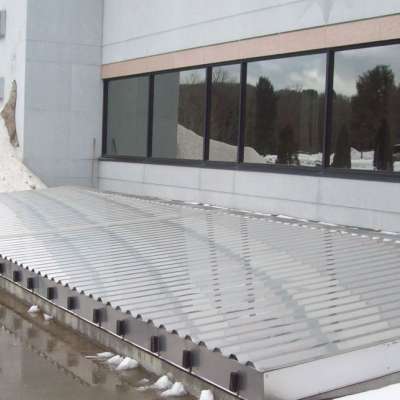 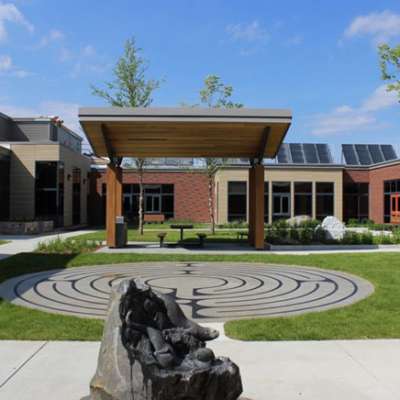 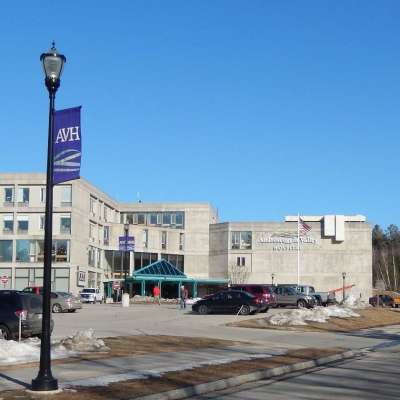